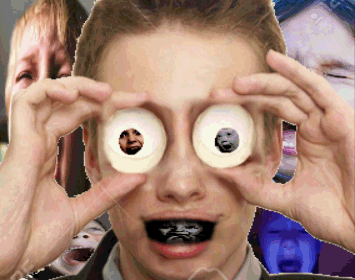 This is a depiction of what "The Childman" looks like.